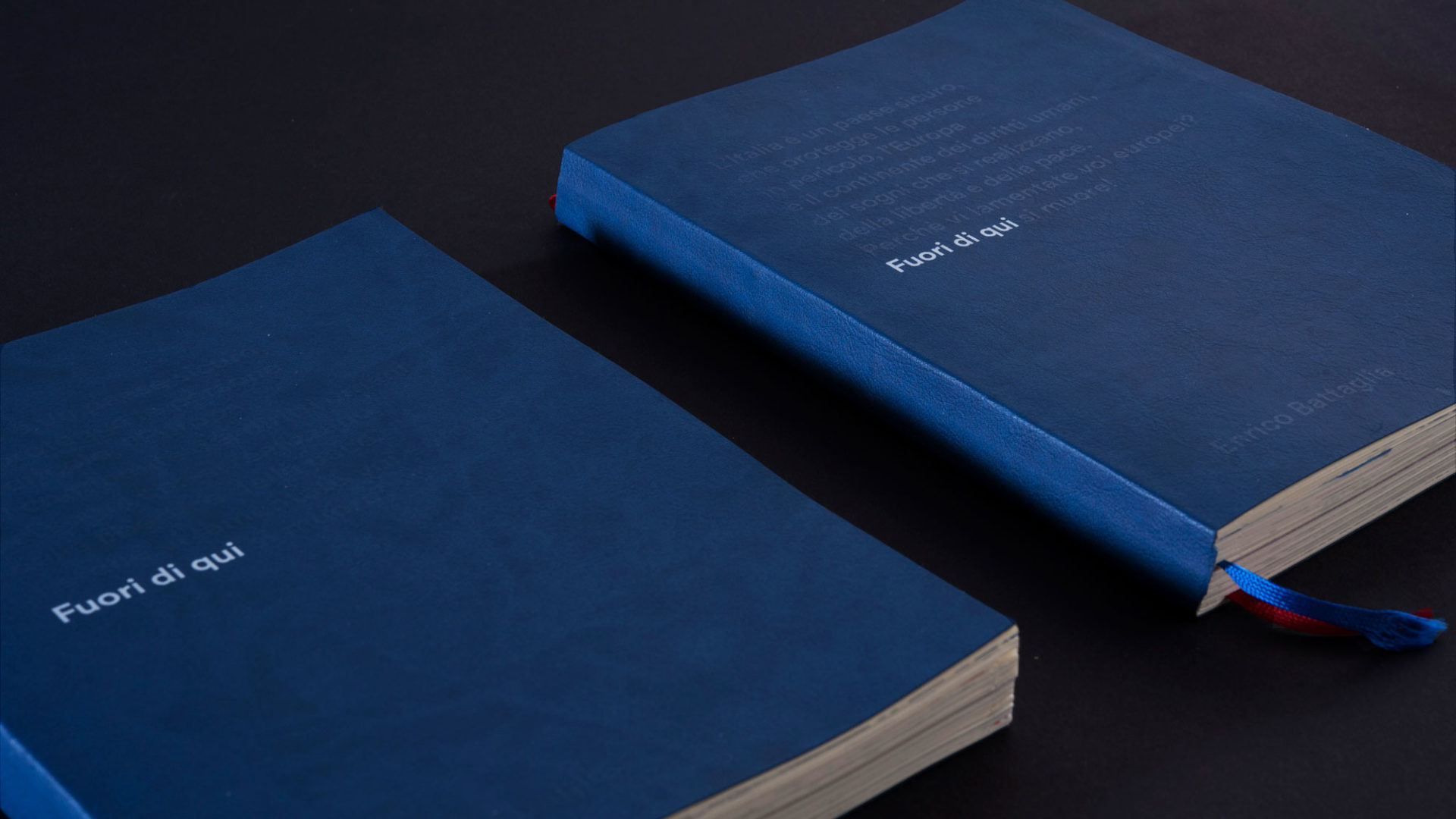 “Fuori di qui” is an illustrated book about the bureaucratic situation and the existential condition of refugees in Italy.
It describes the real experience of Enrico Battaglia living with five asylum seekers in a refugee shelter in the north­‐east of Italy. In order to understand how to communicate properly the condition of existential suspension that emerged, the research considered many disciplines, embracing social, ethnographic and visual graphic approaches. 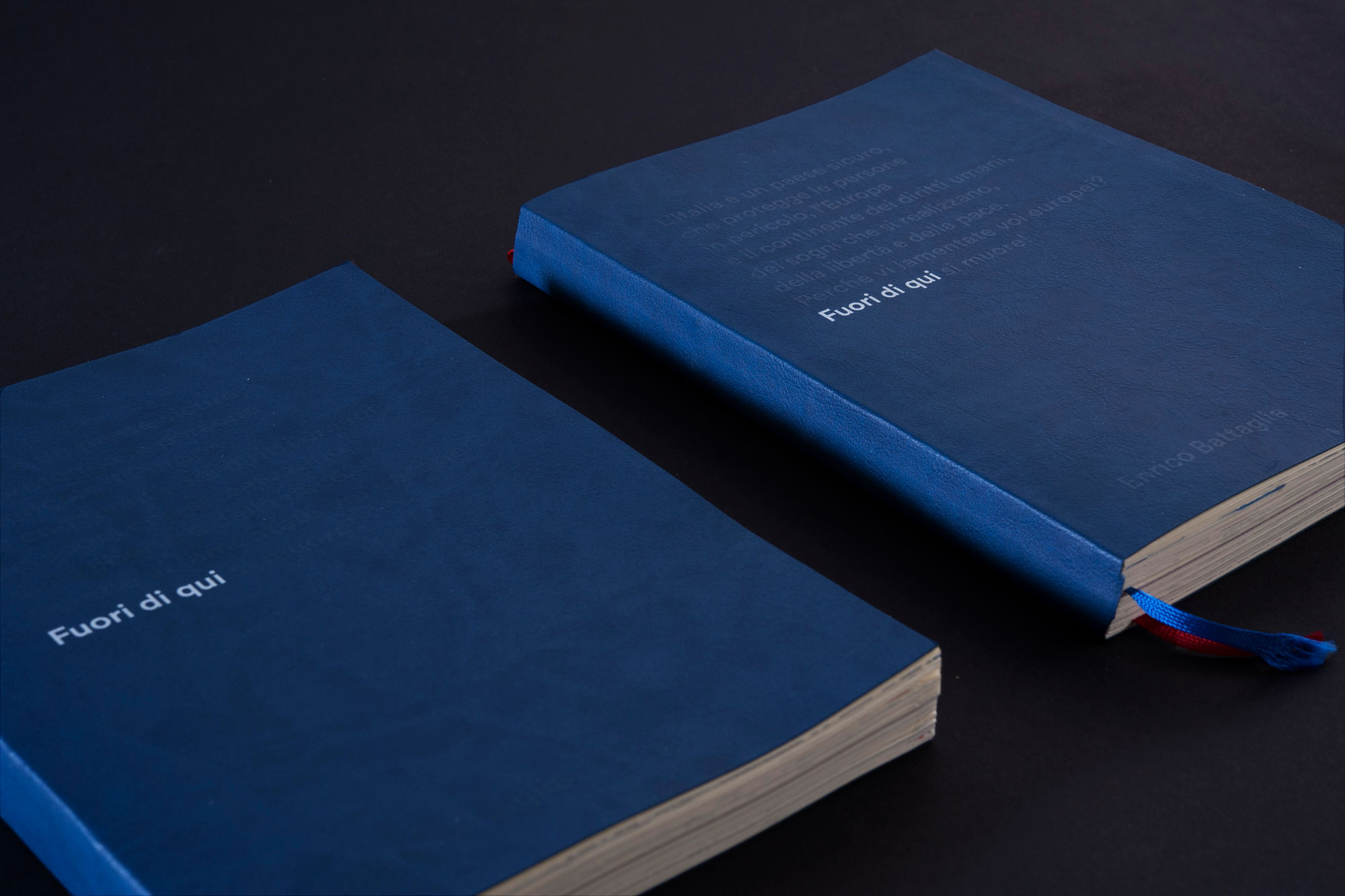 The methodology used to collect data was the participant observation, a typical approach used in ethnography and characterized by the observation of some individuals in their environment and the participation in their daily life experiences. 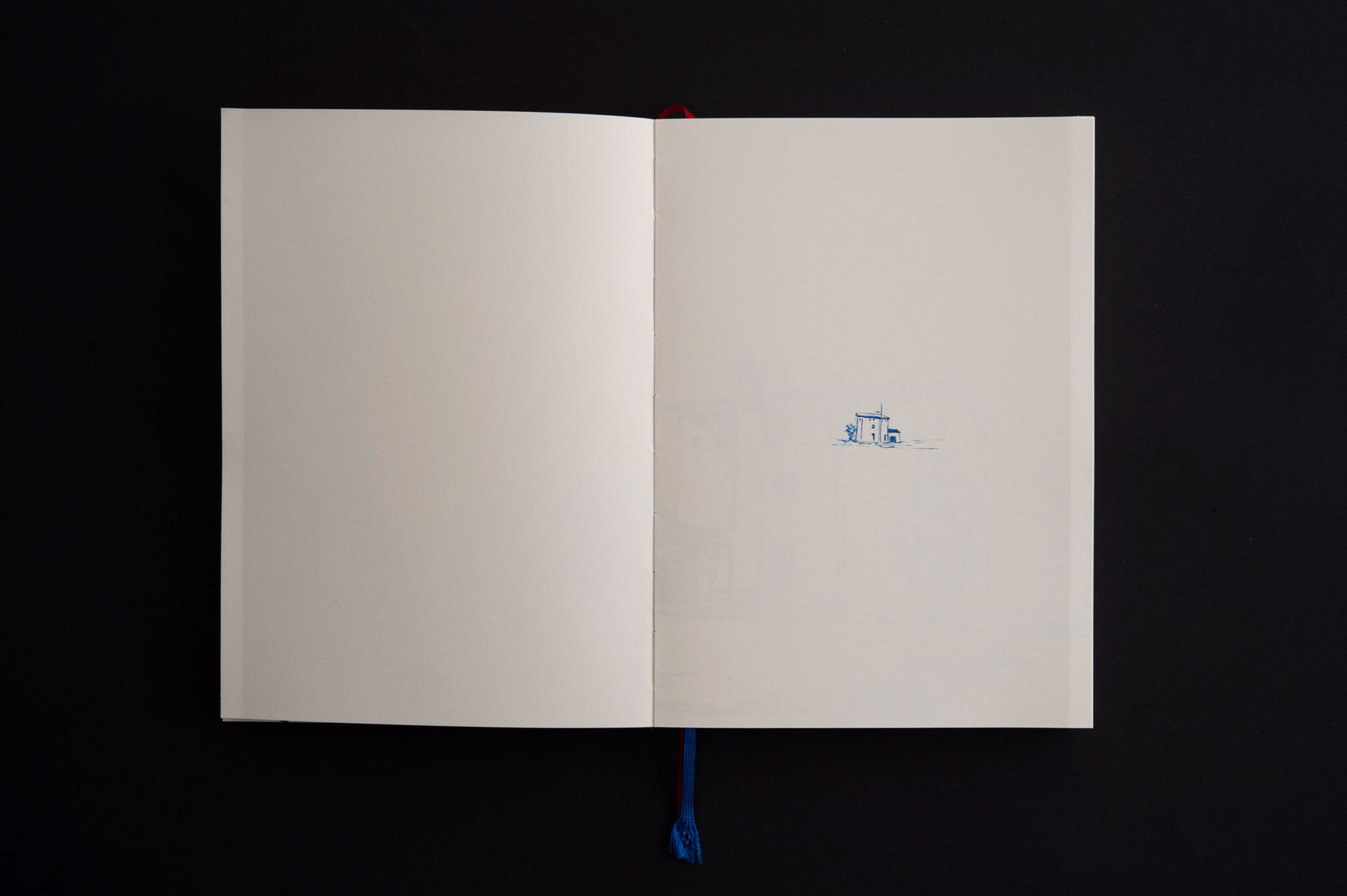 After two months of fieldwork, thanks to the material collected (composed of indirected interviews, photographs, reflections and sketches) it was possible to design a volume characterized by an accurate balance between objectivity and subjectivity. 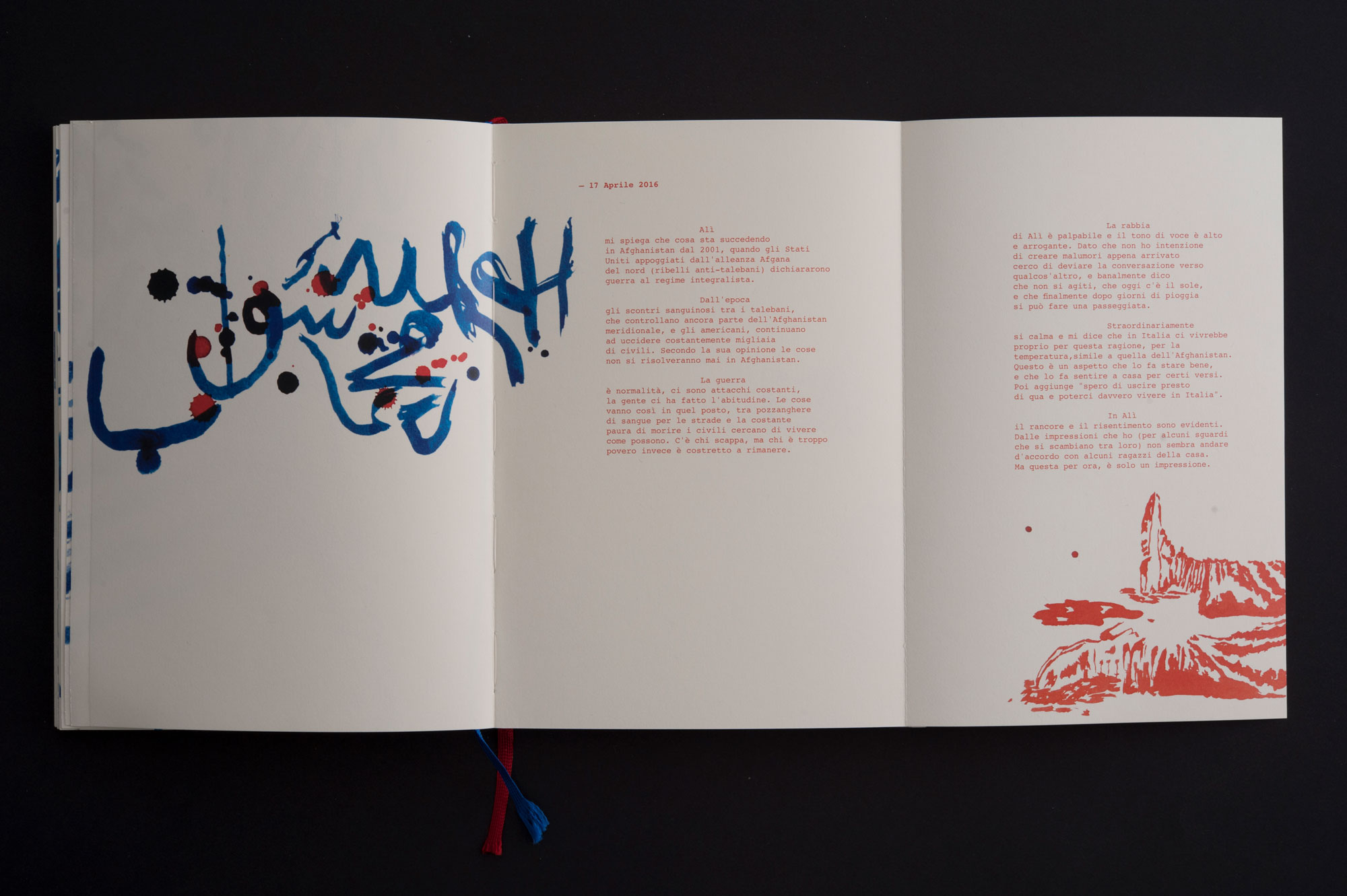 In “Fuori di qui” the story is depicted from different points of view, which are recognizable from a diverse use of the colors in text and illustrations. While parts of the volume are blue, representing the feelings of the asylum seekers about their condition, red parts identify the personal diary of the observator/researcher. Furthermore, at the end of the volume there is a red list of the Italian laws that regulate the social life of the refugees. 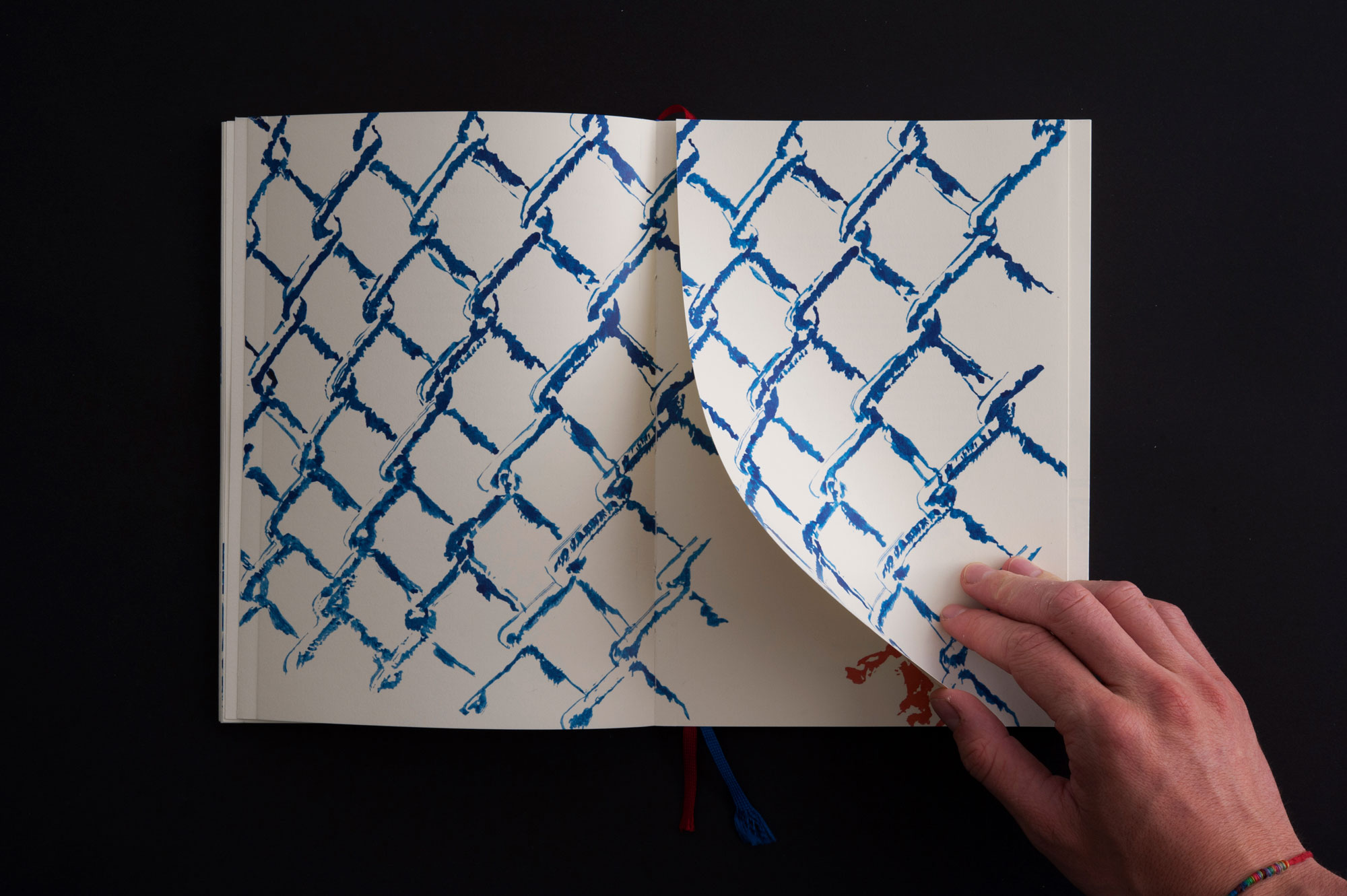 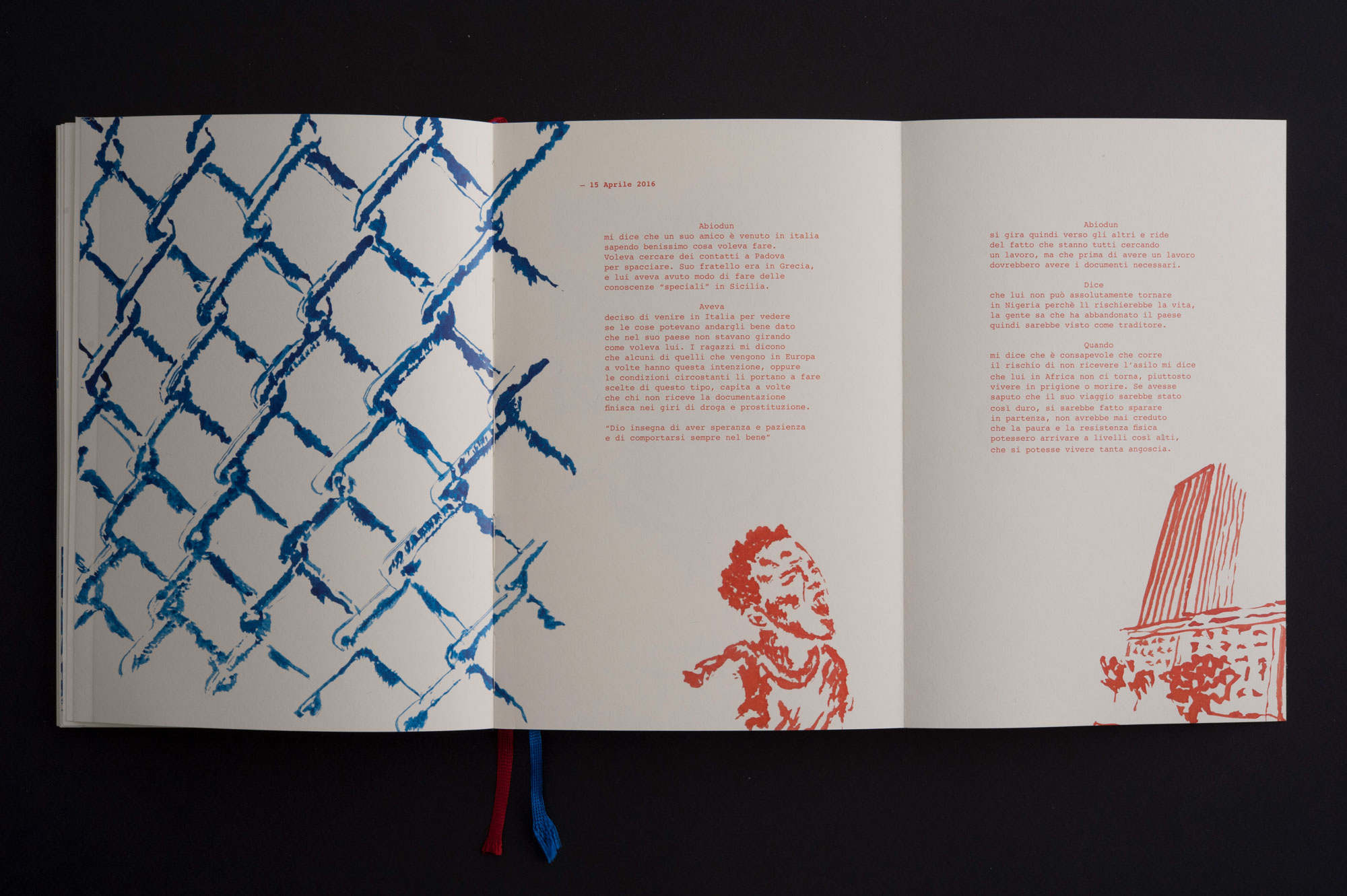 In the book the sense of suspensions is described not only by words, but is also enhanced through the contrast between blank pages and illustrations depicting the emptyness of refugee’s current quotidianity and scenes of war and violence, part of their past. This clear contraposition makes “Fuori di qui” a physical experience for the reader, who is forced to understand what means to live in the undefined status of an asylum seeker. 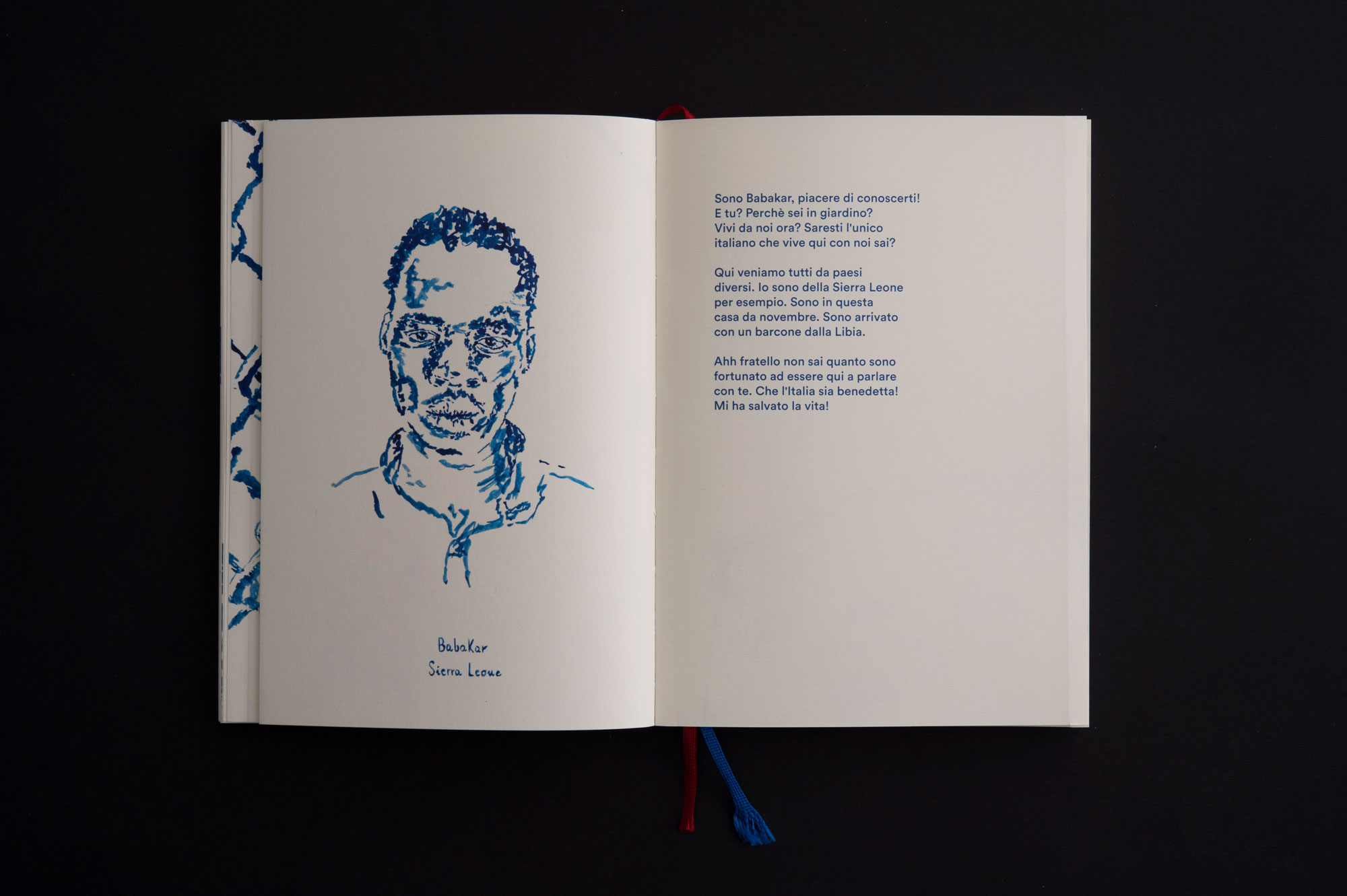 This “graphic documentary” volume, is addressed to all those who are interested on this social theme and who would examine in depth some aspects of the everyday life of refugees. The purpose of this volume is not to educate or influence the audience, but just giving the possibility to open reflections about a current theme.