Habibi Dome is a collective process and platform at the same time. It is a collaborative and interdisciplinary practice which is considered as an instrument for constructive criticism as well as a tool kit in social and political fields. It is a collective Initiative deeply involved in the society that turns art and/or design into an emancipatory, democratic and therefore also political process. 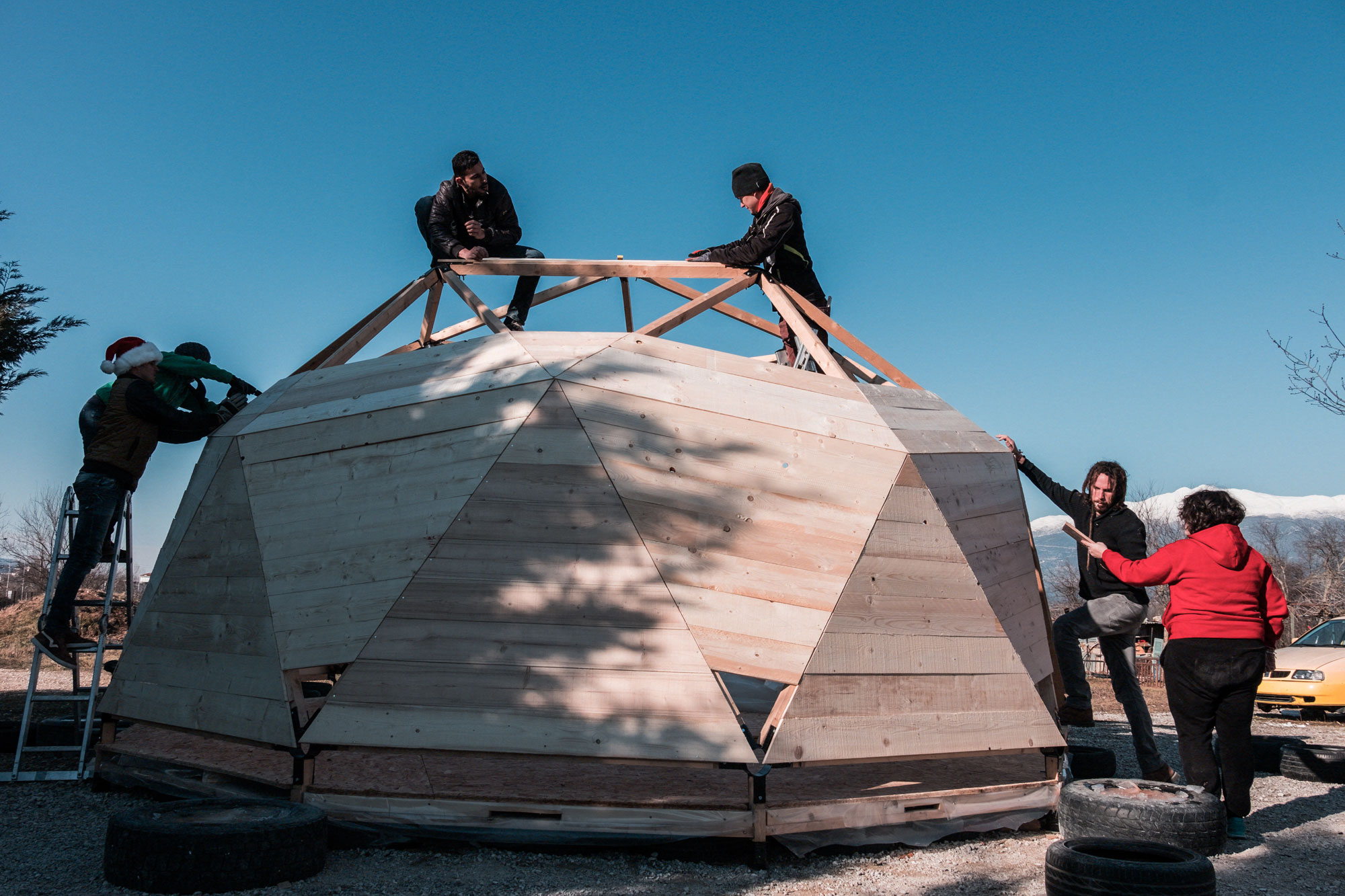 Habibi Dome was first developed 2016/17 at the European Border in Greece in the intercultural workshop Habibi. Works to support people arriving after fleeing their home countries. After spending years on their flight and months of waiting in an unsure situation in Greece people decided that there is a need for a self-determined room, a community room. 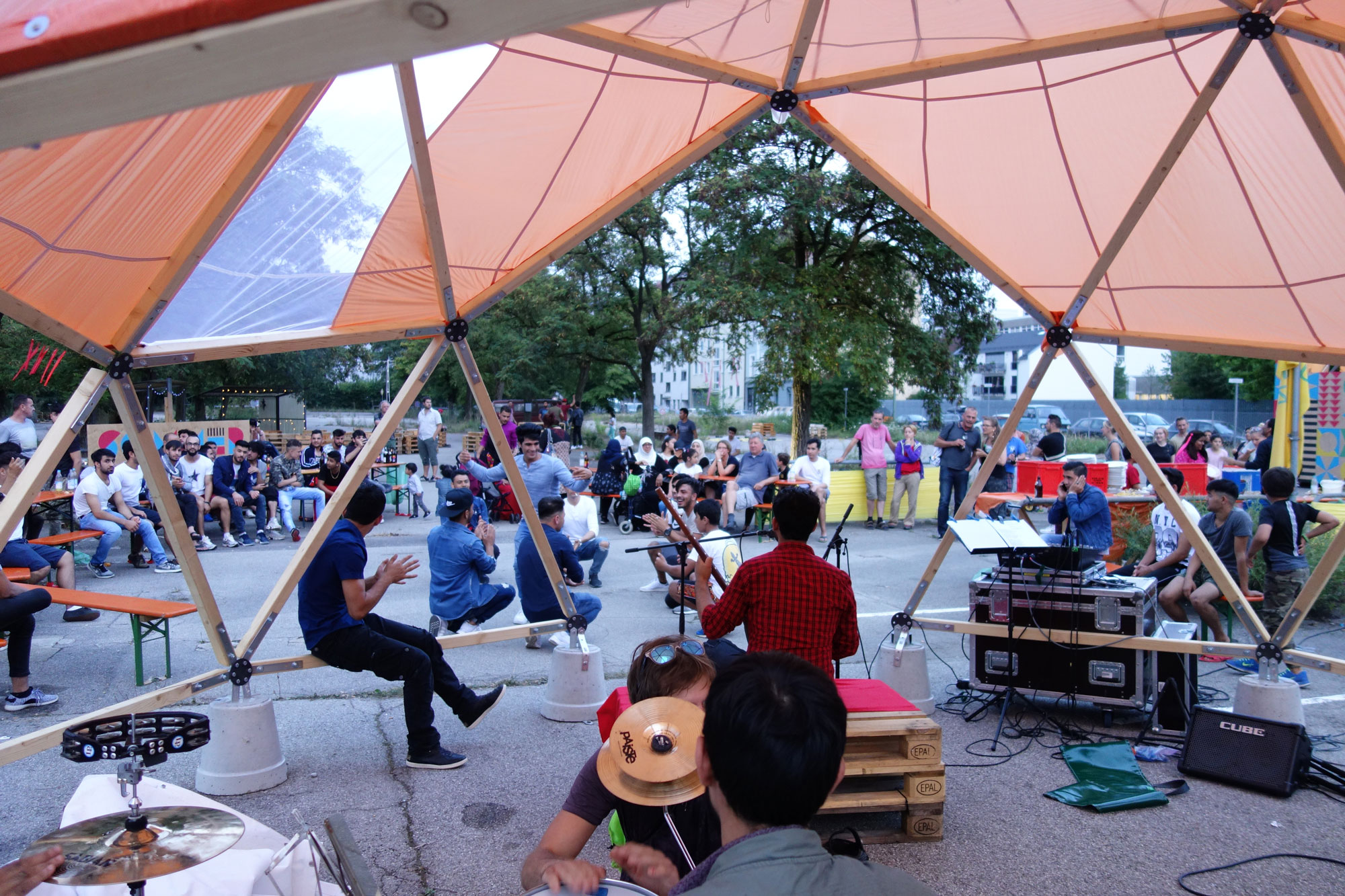 Main principles in this process were to communicate and work together at eye-level as well as using and developing existing, open accessible structures, for example, the nowadays online freely available Geodesic Dome of Richard Buckminster Fuller. The aim is that participants generate access to social participation and education self-determined and through methods of art and design. 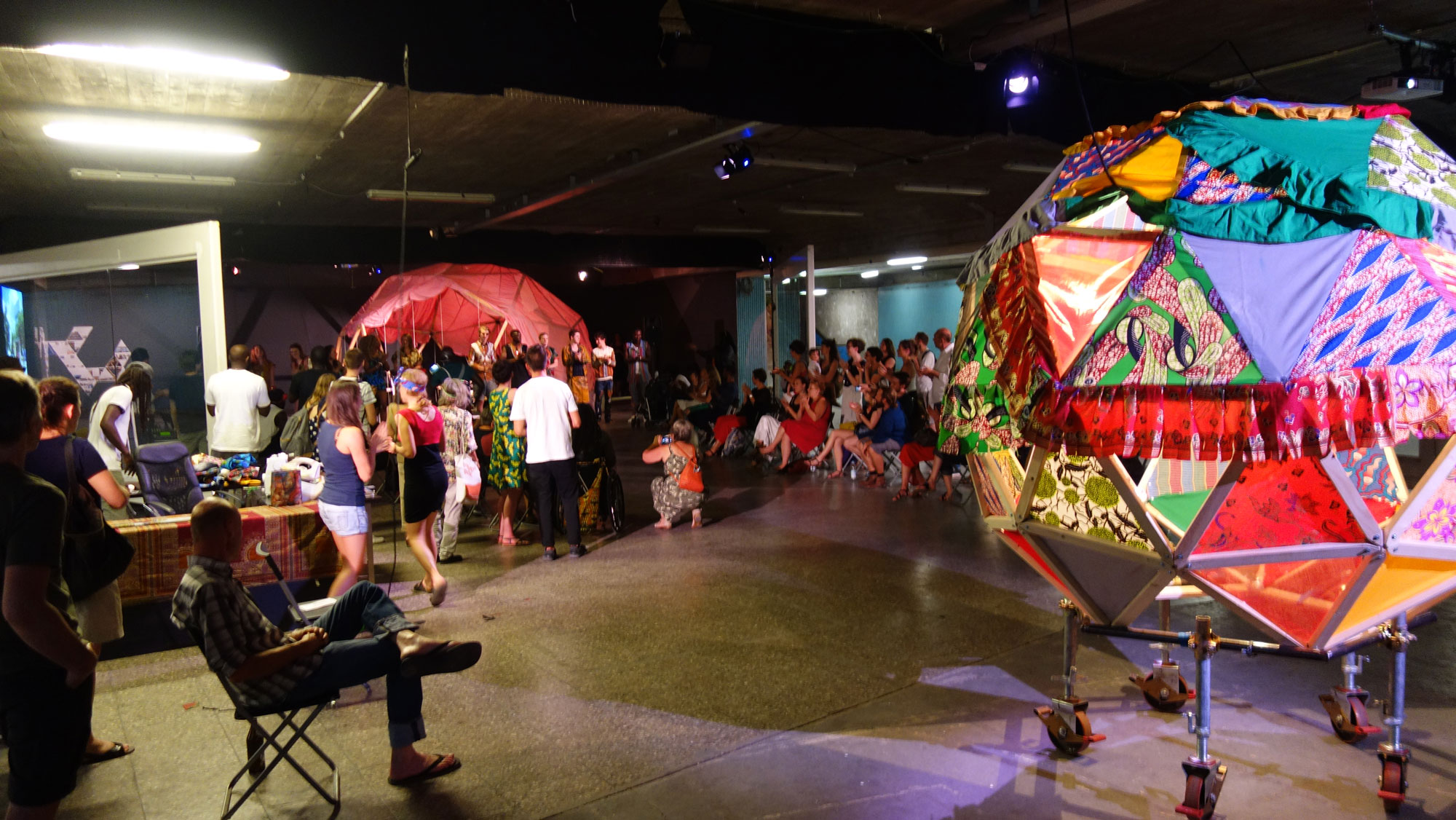 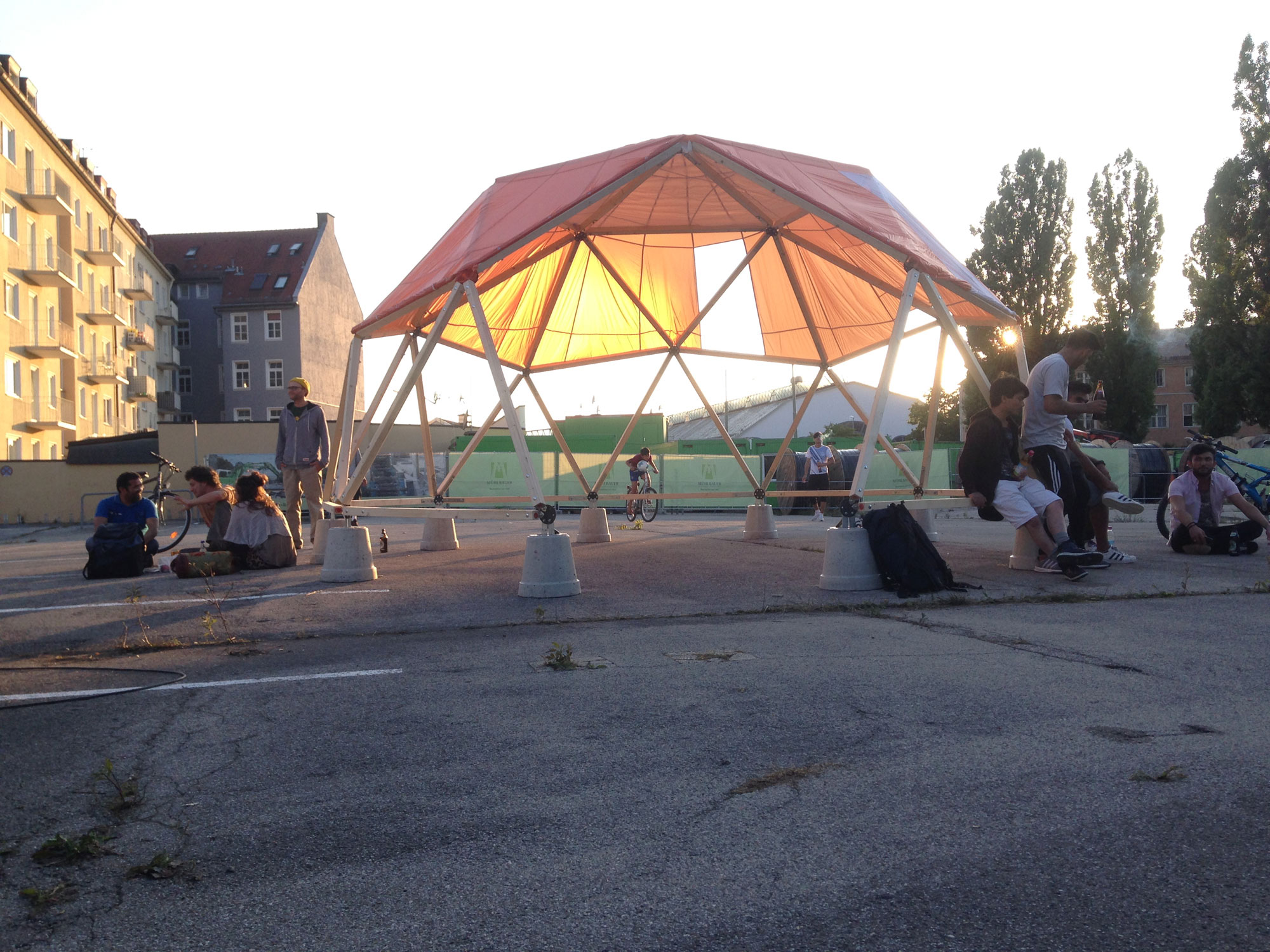 Then, 2018, in Munich, Habibi Dome then functioned as a platform for exchange across supposed borders, as an image for an open-minded Munich. It was realized at different places in Munich with the MaximiliansForum München (exhibition space of the Cultural Department Munich), the werkraum of the Hans Sauer Foundation, residents of a so-called accommodation for refuges pupils of a local high school, and the Designer Roubs Style. Habibi Dome popped up at different places in Munich and offers the opportunity to get to know each other and to reflect, how our society wants to live together – without prejudices and fears.