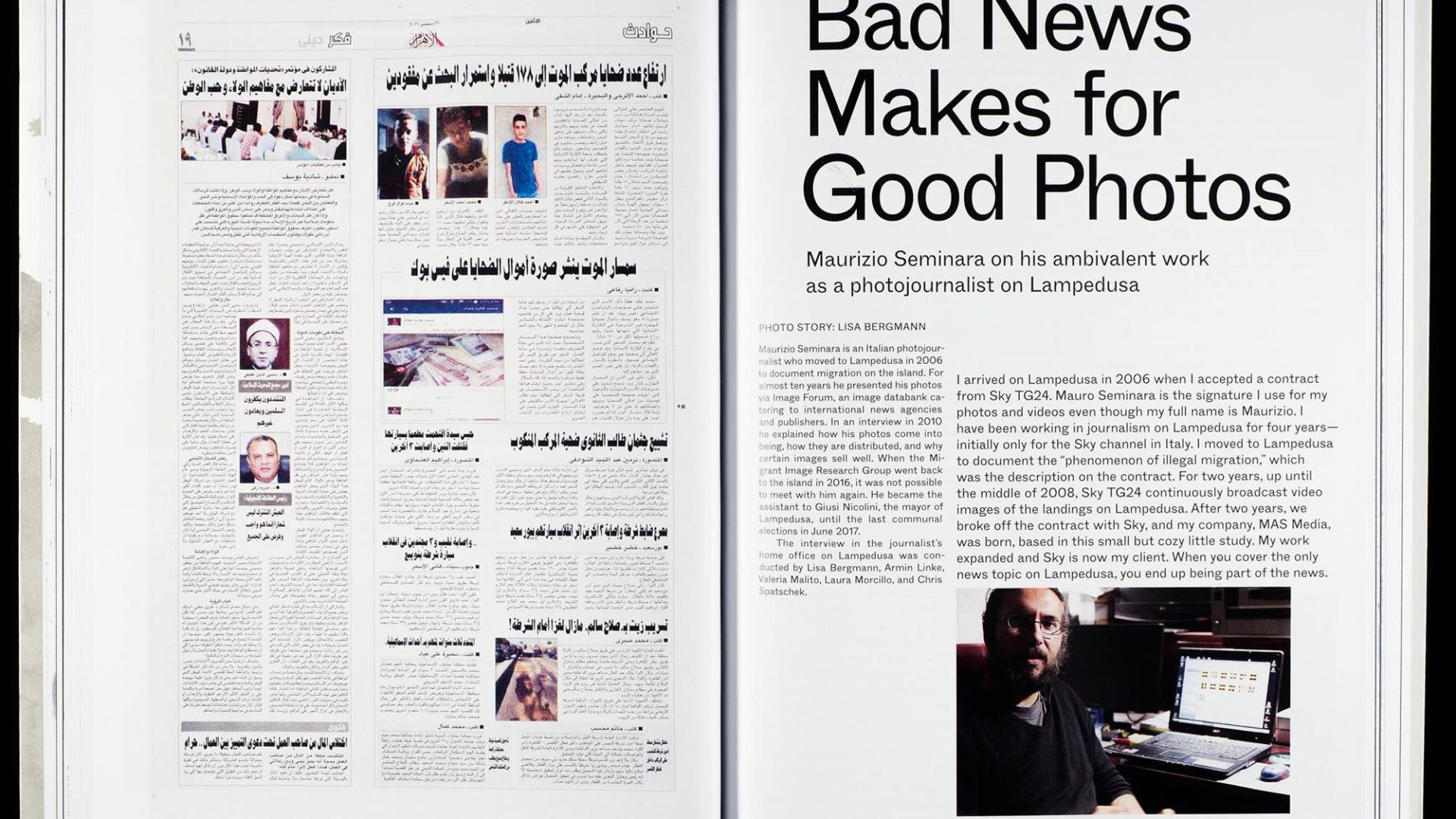 Lampedusa – Image Stories from the Edge of Europe is a photo-graphic novel edited by the German publishing house Spector Books Verlag Leipzig and developed by a group of international professionals from different backgrounds named Migrant Image Research Group. The publication summarizes a research project on the media coverage of the phenomenon of migration on multiple levels around the Mediterranean Sea– an inquiry into the use, the economics and politics of images. 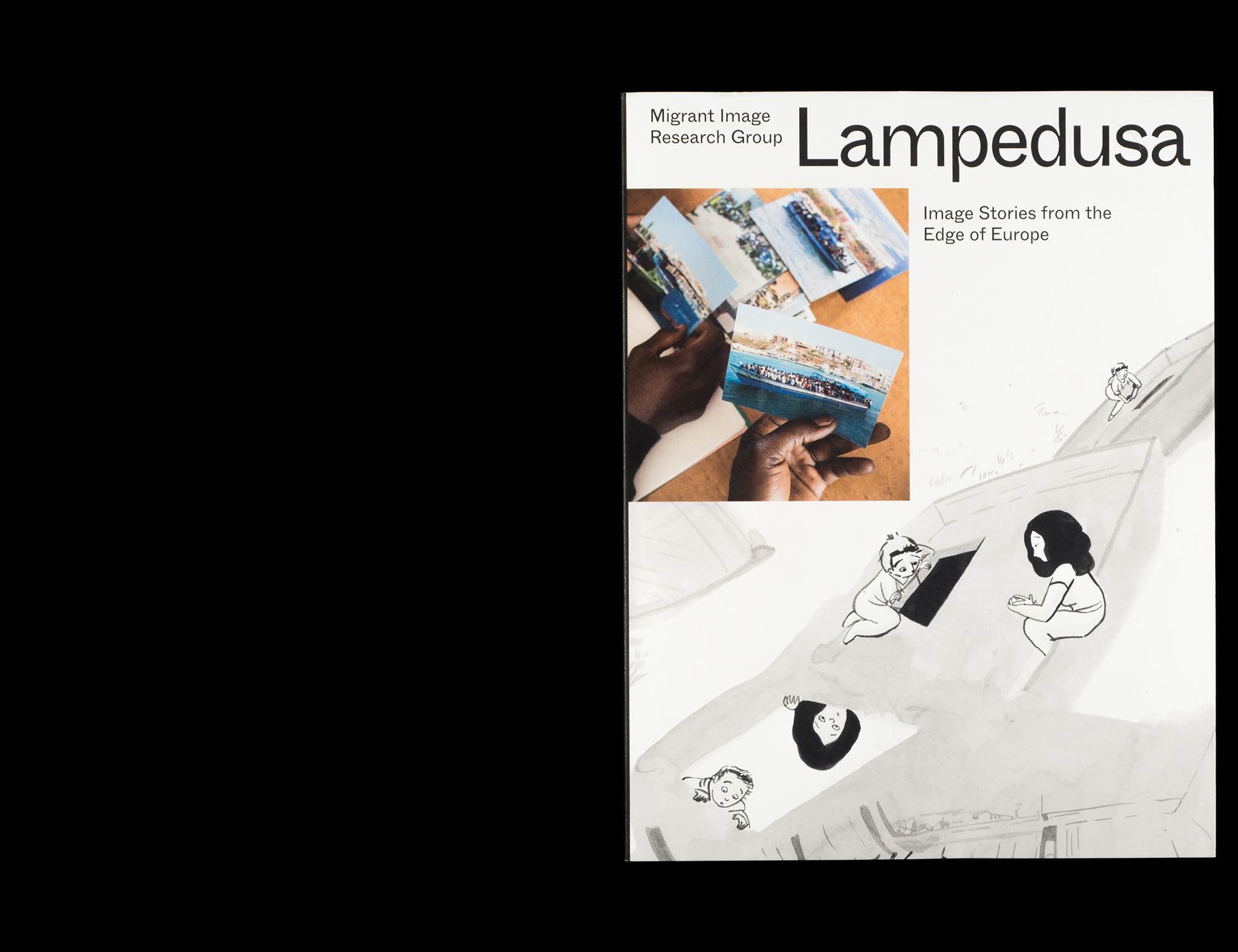 Such project consists of the collection and production of materials on the trail of illegal immigrants on the island of Lampedusa, interpreted as a synonym of the whole subject. In fact, the island has been for years the landing-stage of hundred thousand illegal immigrants who, crossing North Africa and the Mediterranean Sea, reach this tiny territory located between Europe and Africa with makeshift boards.
The analysis of media photographs, of distribution channels, and of the reception and effects linked to both the social context and the historical process in which these images are produced is the main interest of this collective work. 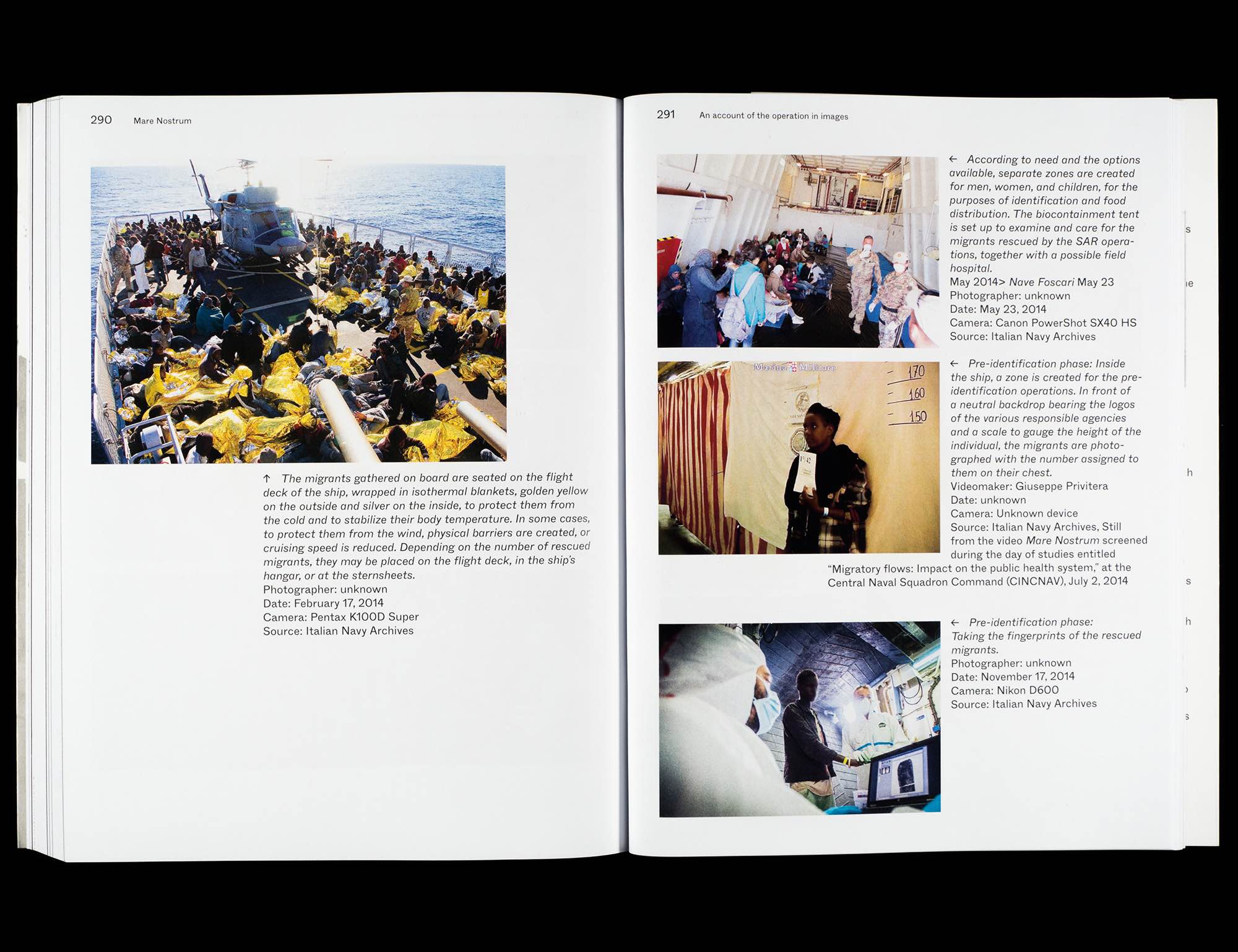 The book reflects on how the phenomenon is communicated. Although the dynamics of migration have changed over the last 10 years due to precarious social, economic and political situations of the departure countries, in the media the readers seem to be fairly accustomed to images of migrants in distress at sea, to a single and stereotypical representation that depicts people in overcrowded boats as a threat to Europe, or stages them in the role of the victim of a dysfunctional immigration system.
Since November 2010, under the initial direction of artist and photographer Armin Linke, Migrant Image Research group has conducted interviews on site, in Lampedusa, taking on the role of field researchers and talking to those directly involved with the events on the island as state organizations, service companies, photo journalists, local initiatives, NGOs, residents, artists, and the migrants themselves, all of whom use photography to create narratives of these events.

Together with additional materials of defined actors as professional media workers like photographers, photo editors and photo agencies, the group has assembled a multi-layered narrative of this complex subject that describes “the event of photography” (Ariella Azoulay) in the critical field that is migration today.

Published in German and English and distributed internationally, the book has been supported by the Federal Cultural Foundation‘s TURN fund.