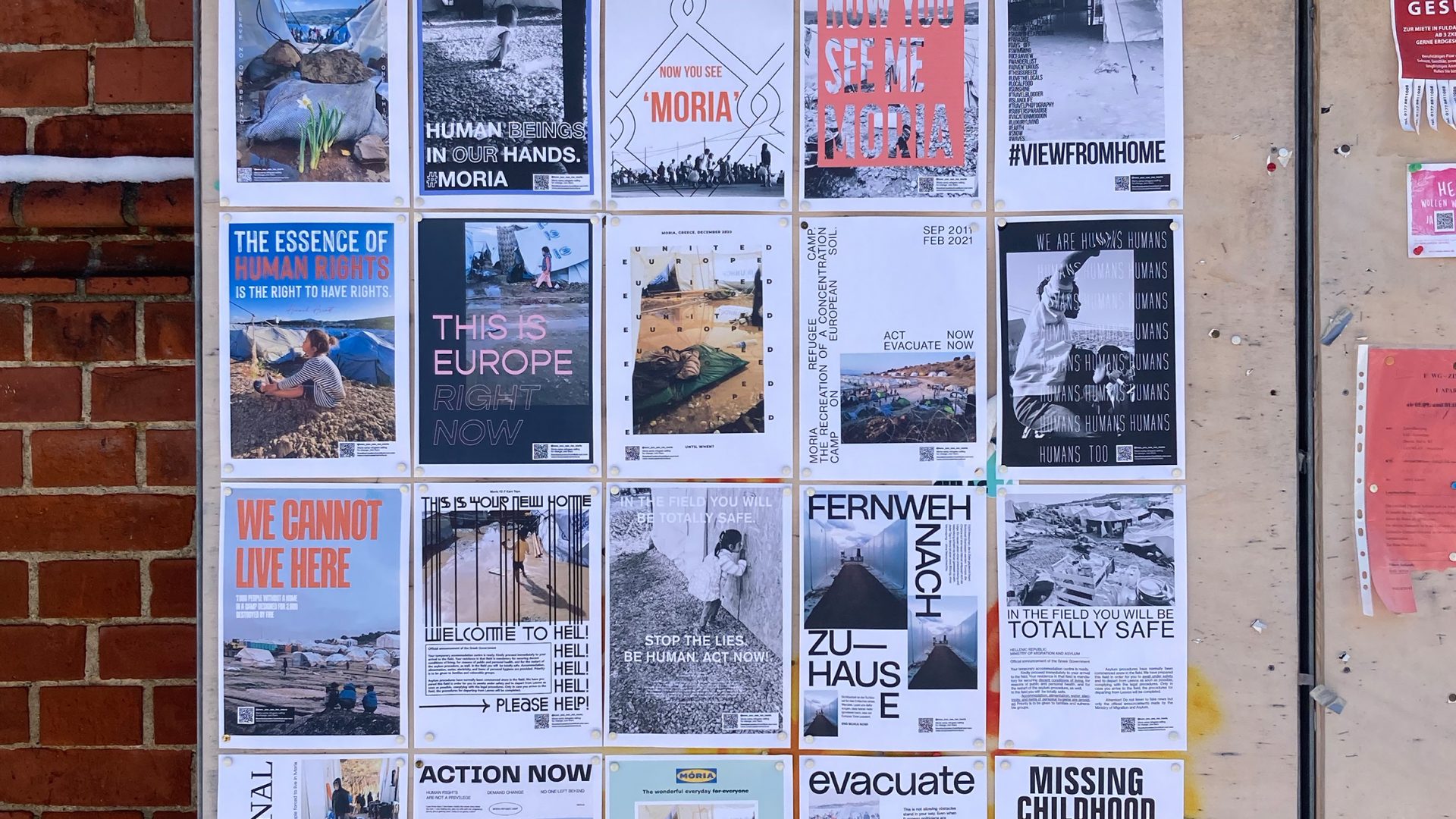 In August 2020 Amir, a refugee stuck in Moria and Noemi, an Amsterdam based photo editor decided to publish pictures of life at the camp on Instagram. @now_you_see_me_moria almost immediately drew the attention of various media outlets, individuals and organisations across Europe. Today the account has a following of more than 30,000 people. But that’s not all: a growing number of followers have started collaborations with the initiative. From a small collective Now You See Me Moria has become a human rights movement demanding fundamental change to European migration policy. 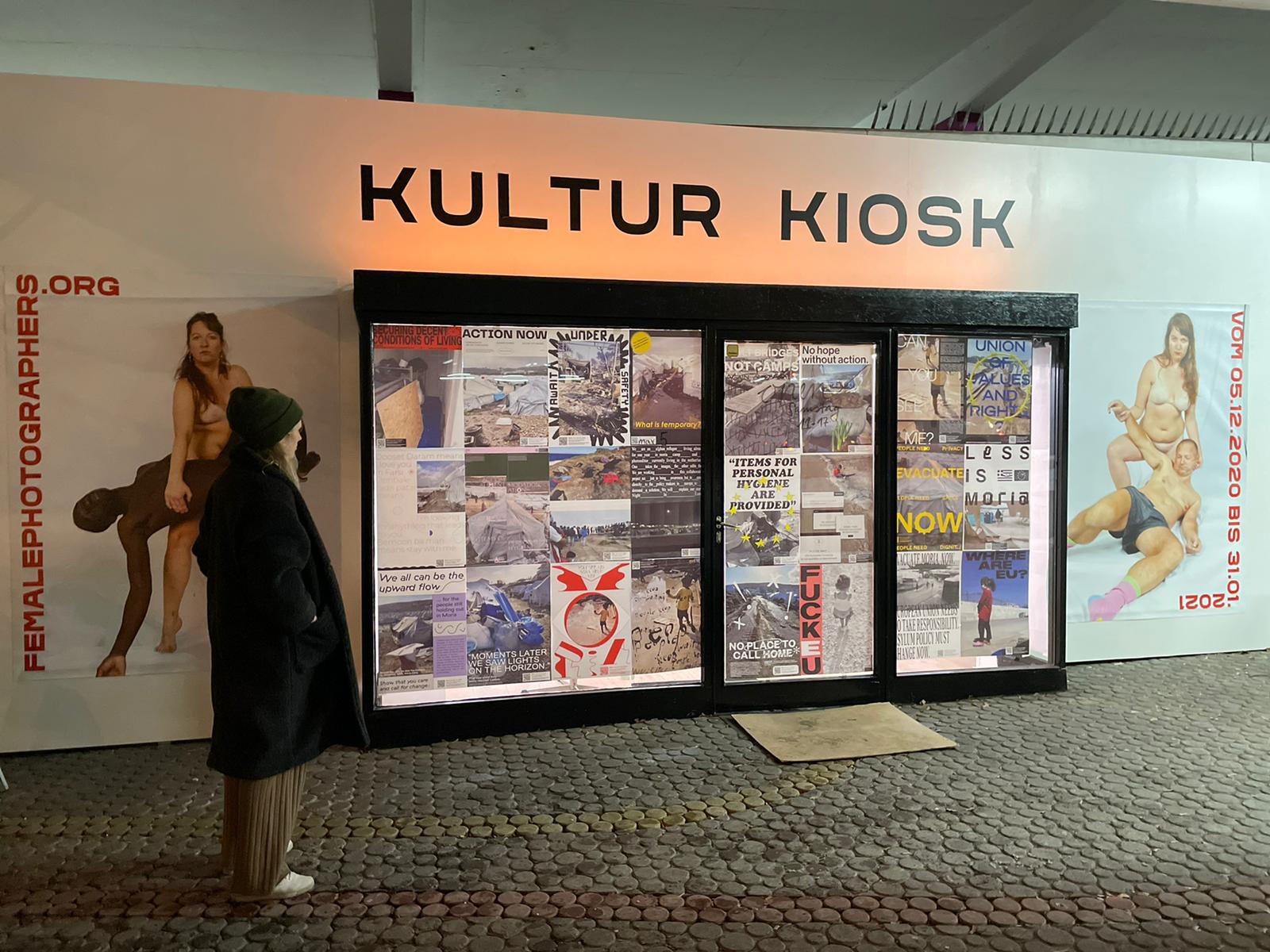 In February of this year 460 designers developed posters based on the pictures of Ali and Qutaeba, who had in the meantime joined Amir. The posters went public on Valentine’s day. But it didn’t stop there. Individuals as well as organisations showed that they wanted to turn the posters into exhibitions. In order to make it as easy as possible to support their vision, we developed a publication in which the pages can be turned into exhibitions for a wide range of venues: from art museums to cultural centres or public space, the “action” book.

Visibility
Moria is the largest refugee camp in Europe, situated on the island of Lesbos, Greece. Since its beginning in 2015, the living conditions in the camp have become inhumane, in part due to its extreme overpopulation. Moria was designed to accommodate 3000 people yet housed up 20,000 at its peak last summer. In September 2020 a fire destroyed the camp, forcing approximately 7000 people to relocate to a new camp. Here at Kara Tepe, better known as Moria 2, the conditions deteriorated dramatically and human rights are being violated on a daily basis. Journalists and photographers are not allowed to enter the new camp while NGO workers are instructed to not take pictures: the visibility of the camp in international media has thus been reduced to almost zero.

Dear European, imagine you are five persons in your family and you should stay two years inside the tent. Can you express your idea about it? – Photo and words by Amir

Open call: Love for Moria
In January 2021 the collective launched a call to action to increase public awareness regarding Moria. Designers from around the globe were invited to create posters based on the photographs taken in the camps. The response was overwhelming: nearly 500 graphic designers responded to the Love for Moria call for human rights. The posters were made available through the Now You See Me Moria website, encouraging people to download and print them, to hang in their windows, on balconies, at schools, universities, cultural institutions, and in the streets. They were also used in demonstrations in front of governmental and EU buildings in major European cities on February 14, Valentine’s day.

Dear European, imagine you are five persons in your family and you should stay two years inside the tent. Can you express your idea about it? (Photo and words by Amir)