November 10th 2017, the Aquarius ship is ready to sail from Catania for a new one mission in the Mediterranean. It hurts those who, in desperation, face the sea on dilapidated dinghies. On board, for the first time, there are also two cartoonists: Marco Rizzo and Lelio Bonaccorso.

Salvation is their story of those who flee and those who save. The Aquarius is the white and orange ship with which the operators of SOS Mediterranée help migrants off Libya: orange is the color of the jackets of rescue, it is the color of hope.

This story comes from the testimonies collected by Marco Rizzo and Lelio Bonaccorso. There they are themselves, with their faces and their emotions, but above all there are the journeys of who has traveled the desert in search of a better life, the denunciations of those who fled from the war and remained a prisoner in Libya, the stories of those who made it and the smiles of those he saved their lives. 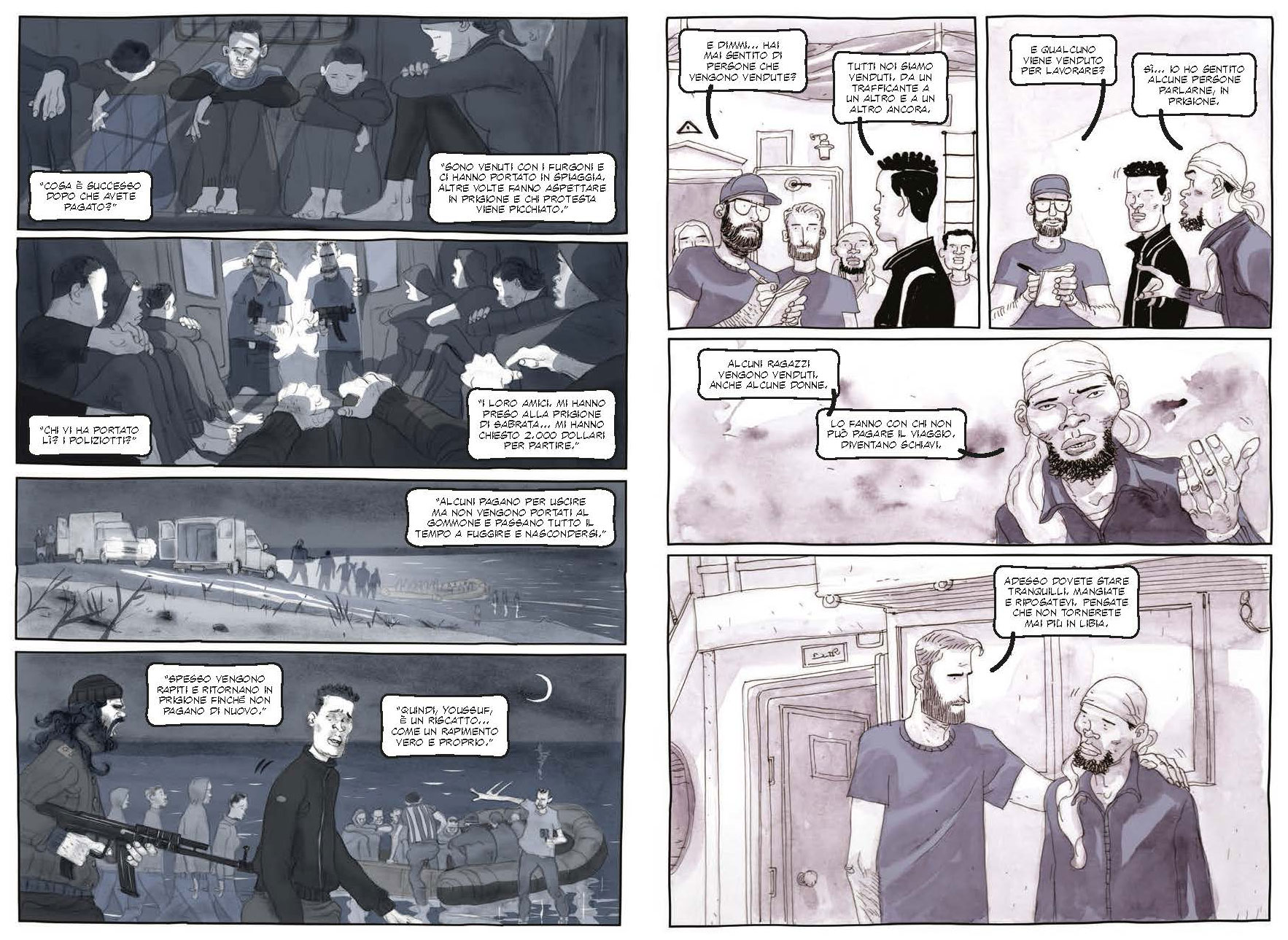 Salvation is a work of graphic journalism born in the field. A tough, realistic and poetic reminder. But above all, faced with the worst massacre of our time, it is an invitation to remain human.