The Migrants Files is a project by a European consortium of journalists that aims at precisely assessing the number of men, women and children that died as a result of EU Member States migration policies.

By aggregating sources together, they showed that the number of sourced dead and missing migrants is 50% higher than current estimates.
Mortality rates between migration routes vary widely, from 2% in the Canaries to 6% near Malta and Lampedusa. EU Member States constantly close the routes with low mortality, pushing migrants towards the more dangerous ones. 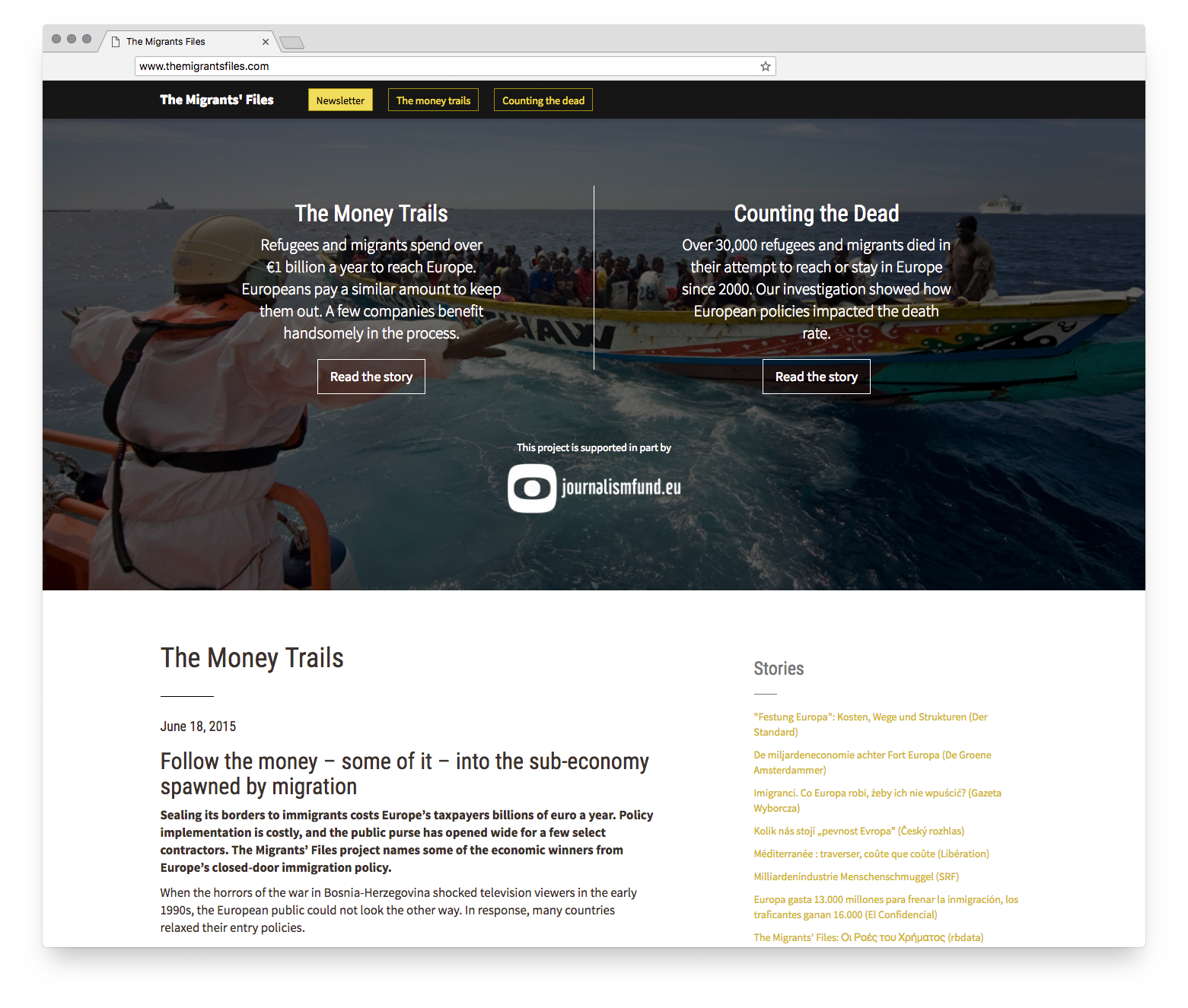 No EU Member State or EU institution has data on migrants death. For some Member States, dead migrants “aren’t migrating anymore, so why care?”, in the words of a public official.
When it comes to talking of “lives saved” and security of migrations, politician and border guards engage in shameless lies and whitewashing of their activities and programs, renaming surveillance and push-back activity into search and rescue operations.
Financed by Journalismfund.eu, the team of journalists started putting together all the data available on migrants casualties since 2000. Publications include Neue Zürcher Zeitung (Zürich), Sydsvenskan (Malmö), L’Espresso (Rome), Le Monde Diplomatique (Paris), RadioBubble (Athens) and El Confidencial (Madrid).